The Institute believes in the fundamental importance of understandings the job market when making a decision to pursue graduate education. To that end, we carefully and continuously monitor the local and national job markets for data scientists and provide this information publicly to aid prospective applicants in making a data-driven decision about enrolling in an analytics or data science degree program.

Too many articles written about the abundance of high-paying jobs for data scientists overestimate demand by reporting open positions using elementary search queries. By restricting search queries to entry-level positions, recently posted (within 30-days), and with an expected salary level above $80,000 (typically M.S. or Ph.D. required), the data here provide a more accurate estimate of the employment market facing new analytics and data science graduates. Our research shows that naive queries (i.e., those without restrictions) overestimate the number of open positions by a factor of ten. 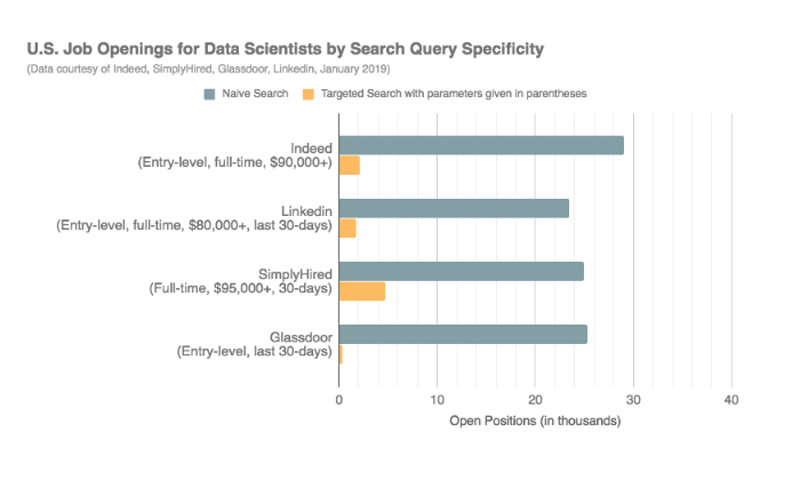 The following figures provide real-time data on the number of employed data scientists and open positions in the U.S., North Carolina, and the Raleigh-Durham area. It’s important to note that positions with the job title “data scientist” (or some slight variation) represent only a fraction of the professional occupations requiring data science skills at the masters or doctoral level. However, as a job title that is growing in usage throughout industry, its increasing prevalence makes it a good barometer of changes over time in the overall job market for individuals who possess these skills. The search criteria are generally limited to position openings for entry-level data scientists with salaries of $80,000 or higher posted in the past 30-days. To understand the full range of job positions (beyond “data scientist”) that our students typically qualify as analytics professionals, please download the MSA Employment Report for more details. It’s to be expected the trend in job postings will have seasonality. 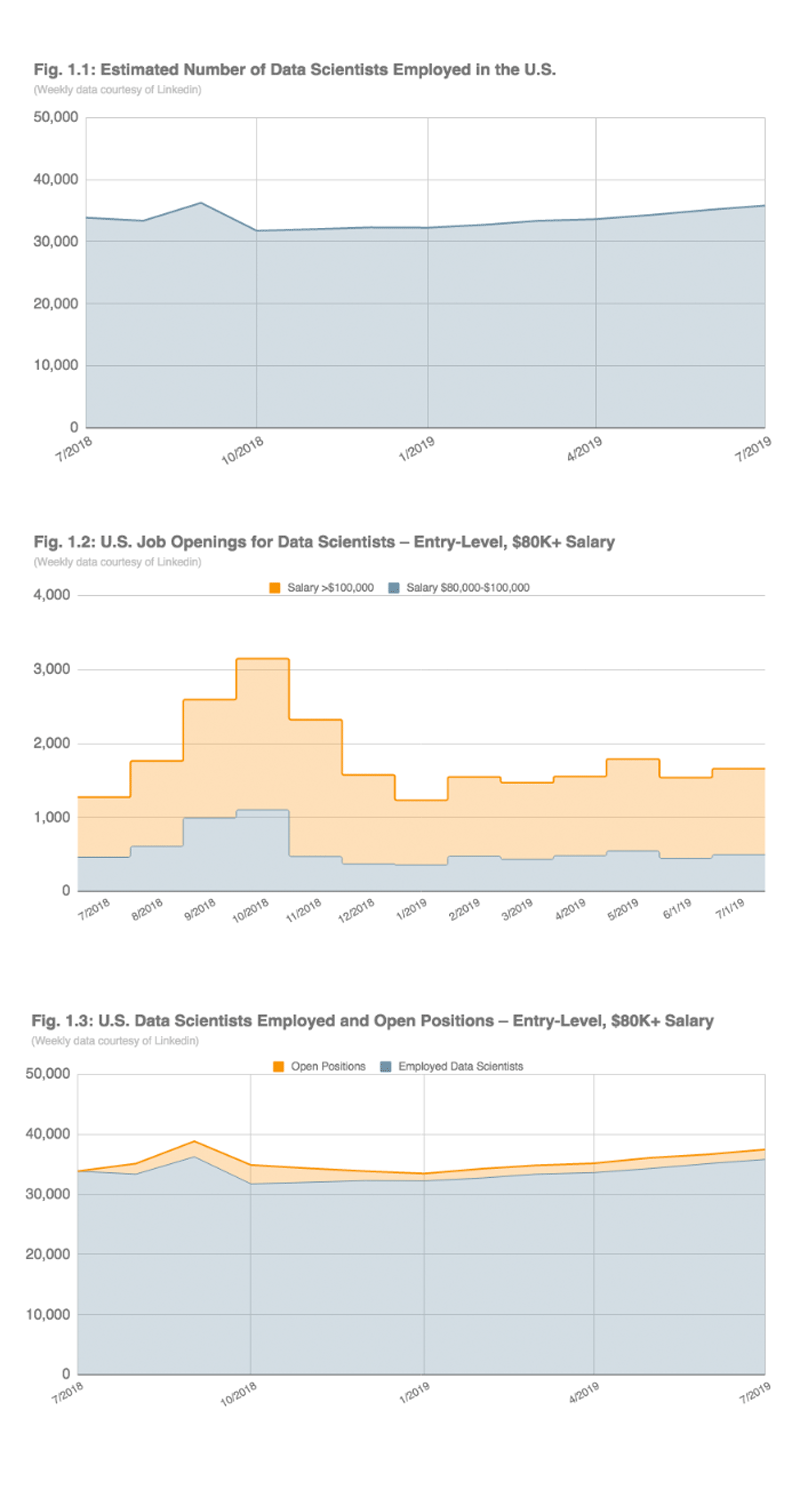 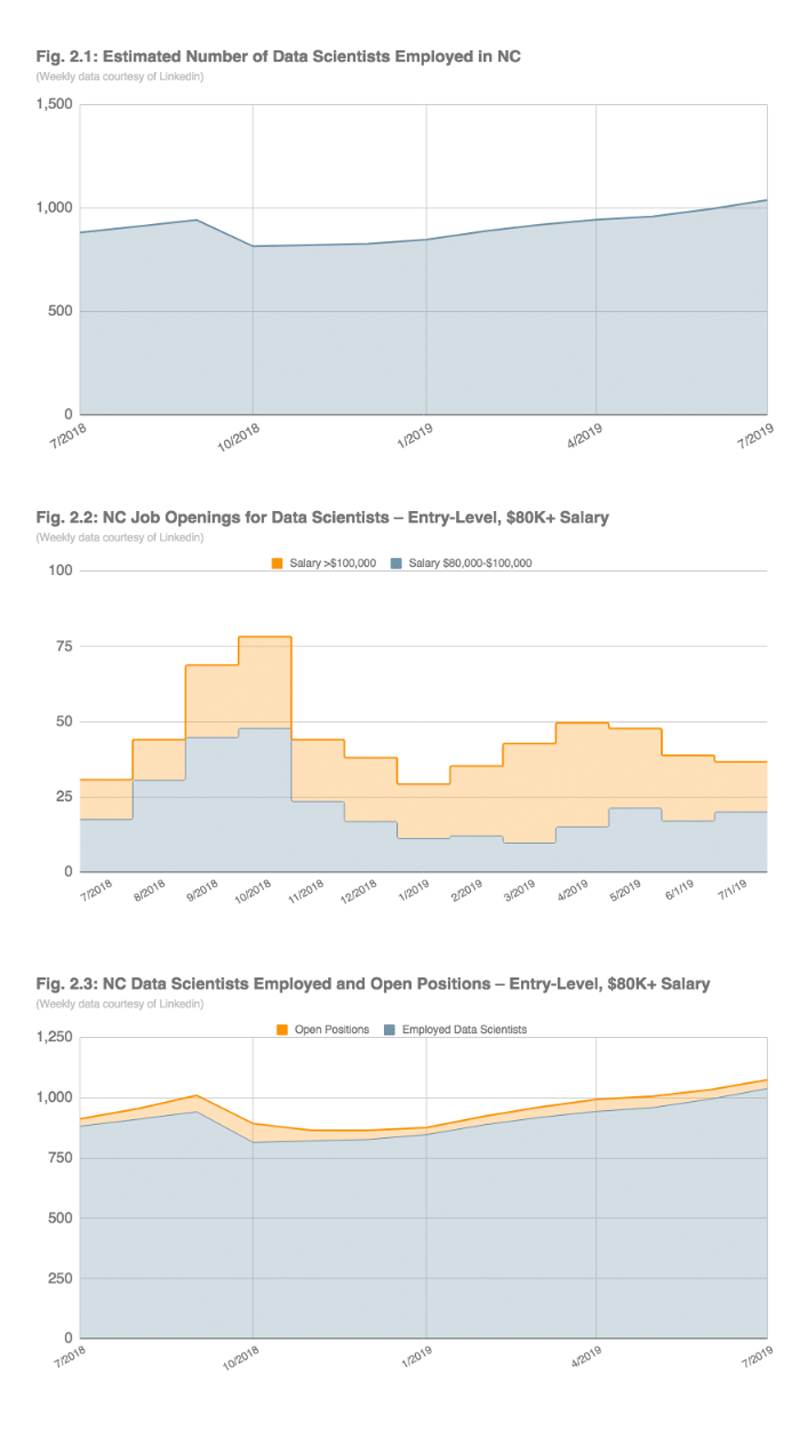 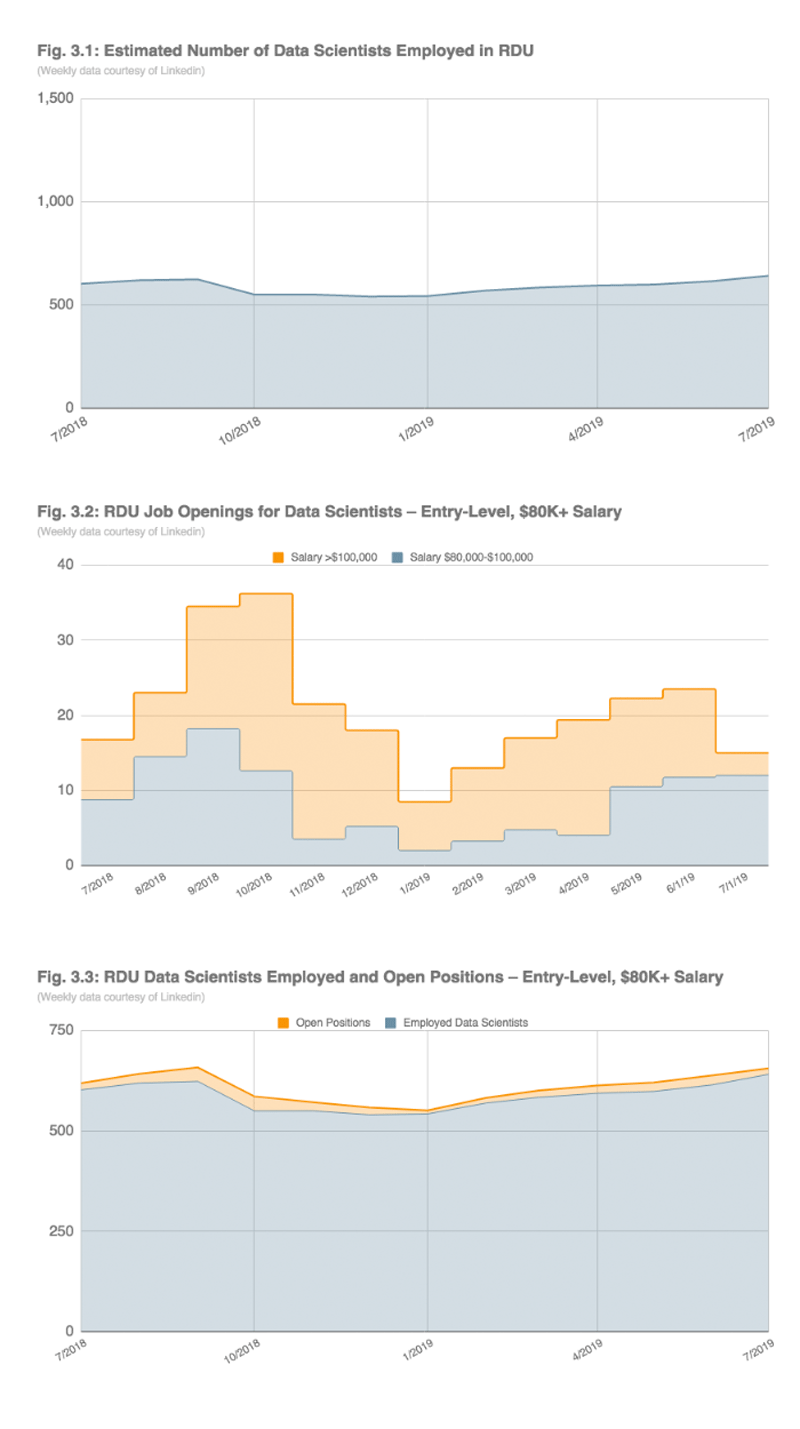 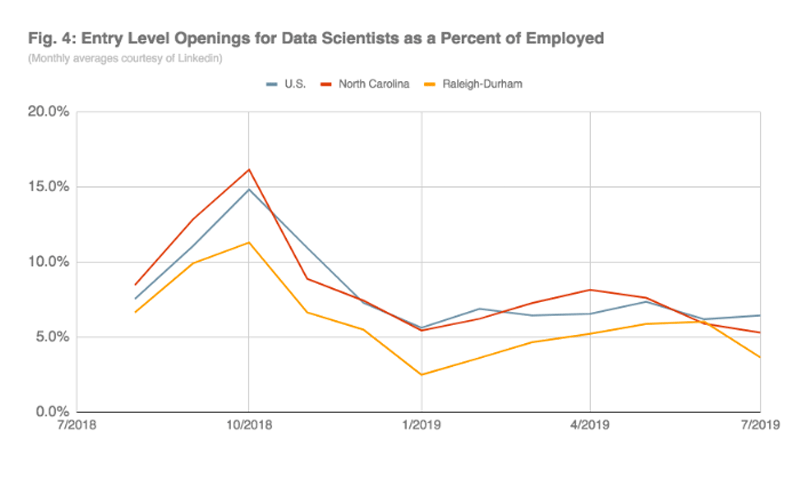 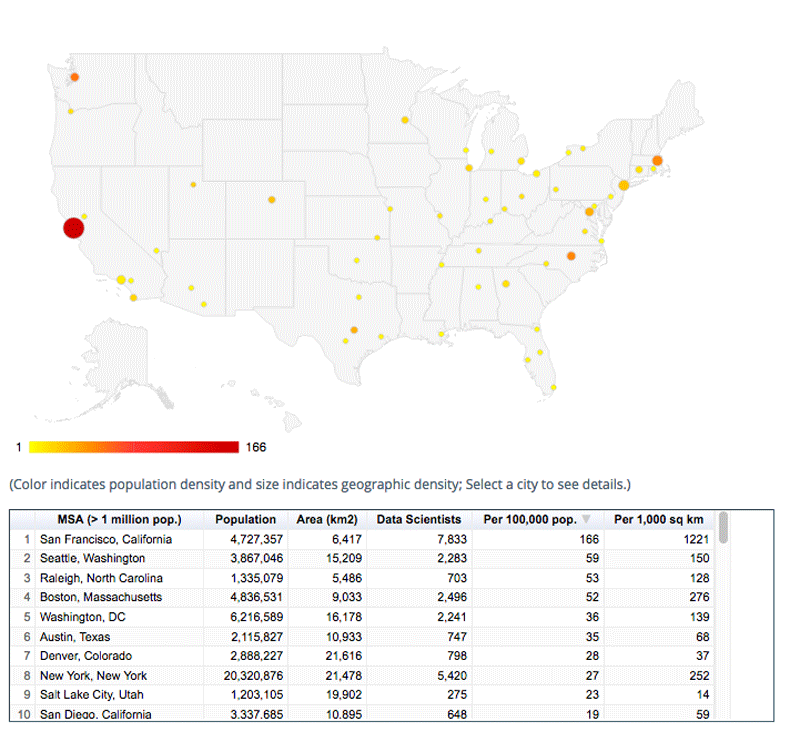 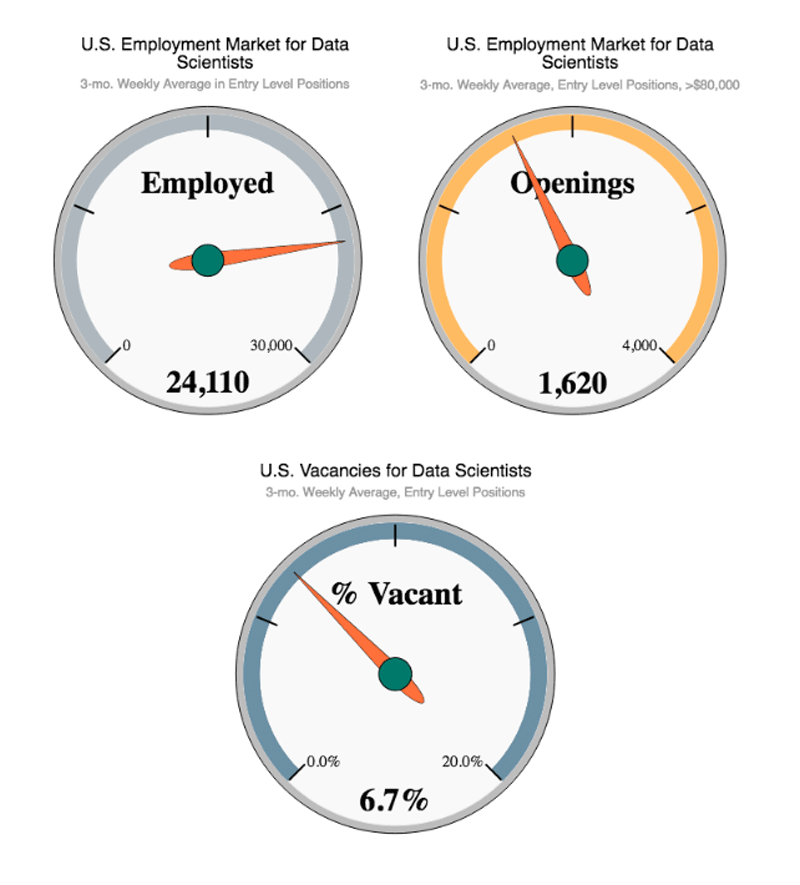