For the second consecutive year, graduates in the Master of Science in Analytics posted NC State’s highest average salaries and placement rate upon graduation in a ranking of academic units across campus. The data are compiled by the Office of Institutional Research and Planning. In the University’s second annual Future Plans Survey for Graduate Students in May, the Institute’s students ranked at the top among the nine colleges with an average reported salary of $101,117 (based on 111 students and a 100% response rate). This compares to an average reported salary of $80,806 for all masters students last May (n = 1,087; 66% response rate). MSA starting salaries are reported to be 25% higher than the university average. The results were closely similar to the May 2018 survey.

“What we’ve known for quite some time, the Office of Institutional Research and Planning has confirmed: MSA students are among the highest paid graduates of the university,” said the Institute’s director, Dr. Michael Rappa. “What has been achieved in the past decade is remarkable, thanks to the perseverance of the Institute’s small, but dedicated faculty and staff. The Institute’s unique 10-month curriculum has a proven track record for producing superior student outcomes in employment. It’s deeply gratifying to see the professional success of our students year after year. They are among the country’s most sought-after data scientists.”

The average starting salary for all bachelor’s degree graduates of the University was $54,734 (n = 2,031; 57% response rate). The 10-month MSA yields nearly double the earning potential for graduating seniors. 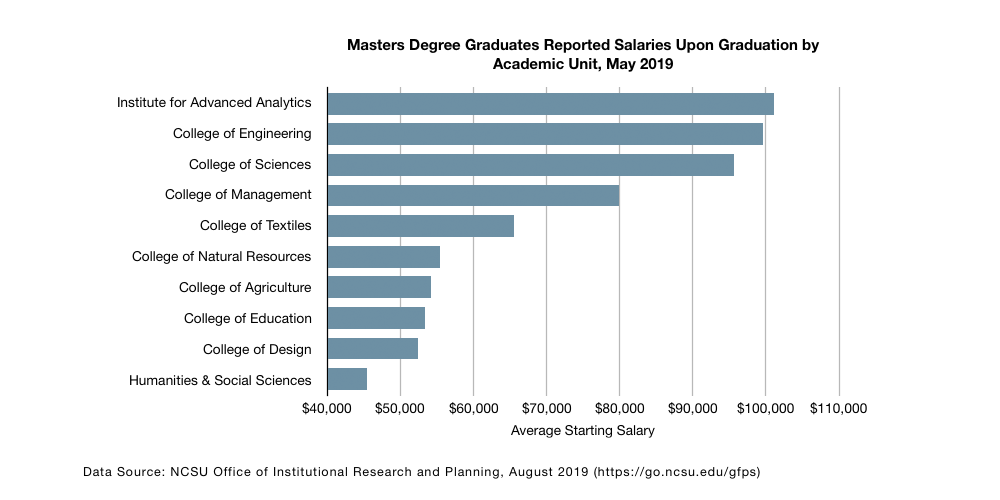 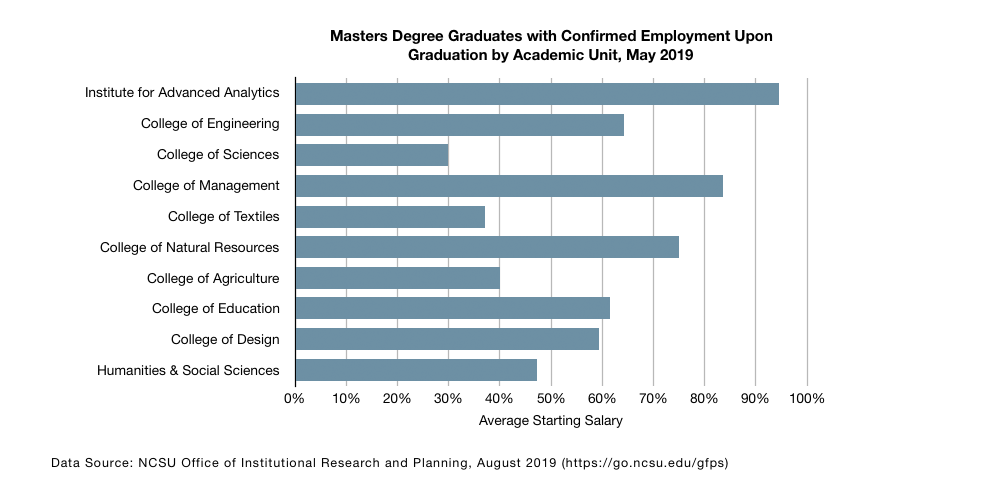 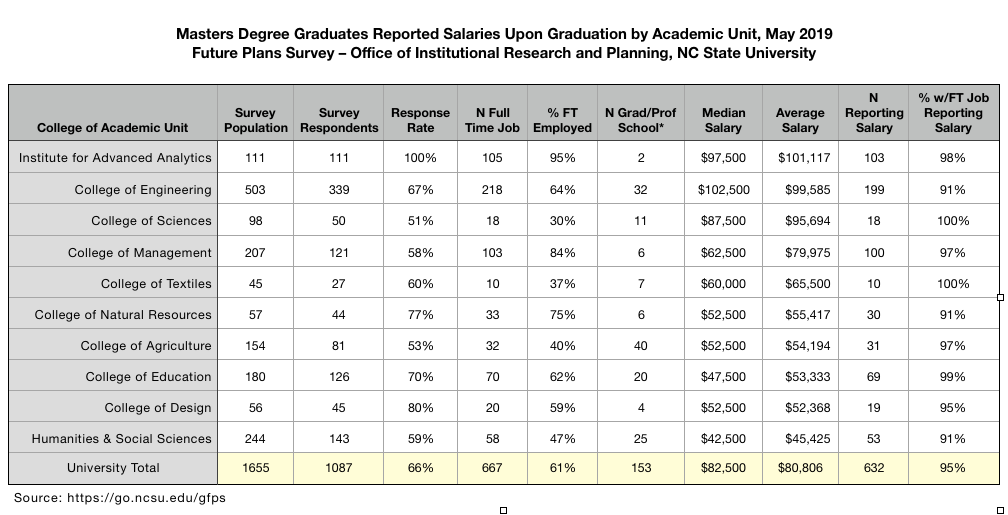 N.B.: The Institute for Advanced Analytics operates as an independent academic unit within the University. Comparisons at the department-level are not provided here due to small sample sizes and/or low response rates within individual departments. The minimum response rate and sample size requirement needed to make a valid comparison at the college-level is also a limitation the FPS data.

A small discrepancy between the FPS data and the Institute’s own data reported in the Annual Employment Report stems from the timing of the surveys. The Institute’s data collection closes a few days later on May 15th of each year. The Institute has published an employment report each year since its inaugural graduating class in 2008. The reports are a full and detailed census of employment outcomes for our students.